A lavishly Illustrated coffee table book following the history of rubies; The King of Gemstones.

‘There is no coloured gemstone that fuels passion more than ruby.  We live with colour – it surrounds us during our waking hours, and indeed even in our dreams – but place a ruby in front of any man or woman and there will be an instant response to this vibrant red gem.’   Joanna Hardy Following the success of Emerald, the first singular gemstone book commissioned by Gemfields, we have now released Ruby, an ambitious survey of the king of gems, published by Thames & Hudson in association with Violette Publications. Author and jewellery specialist, Joanna Hardy takes readers on a journey from the ancient mines of Burma along the harsh terrain of the silk trading routes of China, to the most exciting recent ruby deposit discovered, in Mozambique.  Joanna examines the extraordinary, ancient cutting and polishing techniques, before leading readers to historical courts and palaces where rubies have been sourced and bought from intrepid gem stone dealers by royalty, dignitaries and the social elite throughout history. Alongside the many emperors and empresses, kings and queens and Maharanis featured, an array of style mavens and Hollywood royalty are also included, wearing iconic pieces that are now as much a part of their image as the myths and legends that surround them. A total of sixty pieces are featured in the book, many of which are previously unseen designs from royal and private collections.  Historic creations sit alongside pieces from major modern jewellery houses including Boucheron, Cartier, Chaumet, Graff, Mellerio dits Meller, and Van Cleef & Arpels. The book examines the extraordinary jeweller techniques employed by the expert houses, as well as guidance on the qualities of rubies. 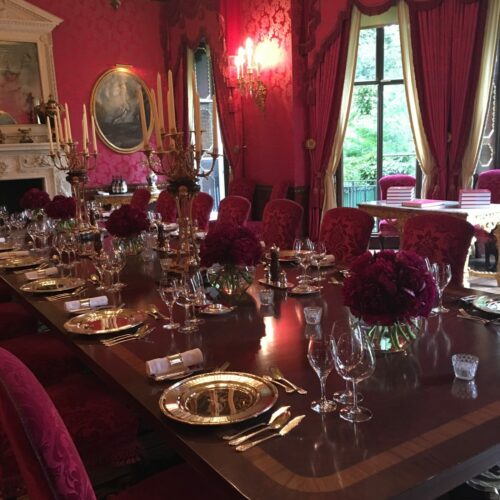 Gemfields is delighted to introduce DIACOLOR, one of India’s most iconic jewellery brands and an industry-leader in coloured gemstones and diamonds.

With their warm red hue and fiery spirit, rubies are a fitting birthstone for the month of July, which heralds high summer for much of the world.

As we enter the birthstone month for emeralds, we turn to our May-born, creative collaborator John-Paul Francis de Lara Pietrus, to celebrate our shared love of emeralds, in an Instagram takeover.

We are excited to announce the launch of the Sandy Leong x Gemfields Sol Collection on World Water Day.

An exquisite collection of rings and necklaces has been created by family-run fine jewellery company Zoe & Morgan.

Coinciding with Diwali, this November sees the launch of our contemporary jewellery collaboration with Empriyal, showcasing the beauty and versatility of Zambian emeralds.

Inspired by the Green Country: Q&A with Nilufer Kizilkaya, founder of GFG Jewellery by Nilufer

A stunning array of emerald jewellery from GFG by Nilufer has been given the name Zelena, a girls’ name, which, in many countries, means green, and in others, represents the moon, sky and heaven.