The Beauty of Emeralds

An interview with Daniel Nyfeler.

Managing Director of Gübelin Gem Lab, Daniel Nyfeler discusses the beauty and uniqueness of emeralds from a geologist’s perspective. Why are emeralds special to you? As a geologist, emeralds are special to me as they are the oldest of gemstones. Knowing that many of the gemstones that are commercially available – specifically the Zambian emeralds that Gemfields is mining  – were formed some 450 million years ago is fascinating in its own right. Back then, the face of the world was dramatically different. Most of today’s land masses were packed together in the southern hemisphere in one ‘supercontinent’ called Gondwana. A massive mountain-building event, the Pan-African orogenesis, took place in these times, leading to the formation of many of the most precious gemstones. These can be found today in deposits in places such as Sri Lanka, Madagascar, eastern and southern Africa and Brazil. Although they are now separated by tens of thousands of kilometres, they share the same history and the same geological cradle. Even older than the Zambian emeralds are the Sandawana ones from Zimbabwe, which were formed some 2.65 billion years ago. And further south, in Graveloote, emeralds formed 2.97 billion years ago. At this time, the earth was in its childhood, the atmosphere was basically free of oxygen, and, hence, no higher form of life than gemstones existed. To hold a gemstone in your hand, knowing that it has witnessed millions, and even billions, of history on our planet, is thrilling. As it is a transparent gemstone, we can look deep into an emerald, wander around its deep green depth and study the inclusions that got trapped in the growing crystal aeons ago. This is humbling and exciting at the same time. What is the most unique emerald you have come across?  At the Gübelin Gem Lab, we have the privilege of testing the most exceptional and expensive gemstones in existence. We have seen everything from museum pieces to emeralds from the Maharajan and Moghul dynasties to celebrity gemstones, such as the Rockefeller emerald, which we tested in our lab multiple times over the decades, and which reached a world record sales price of 5.5 million USD in 2017. But the gemstones that touch our heart most are usually not those that achieve record prices. It is often the small wonders within a gemstone that excite us most: for instance, a microscopically small inclusion that resembles an impressionist painting, a ballerina or a lily pad. From the point of view of visual quality, the most amazing emeralds I have come across are from Ethiopia; these combine a saturated, bright and shining colour with excellent transparency. Ethiopian emeralds do not have the reputation and brand name of those from places like Colombia, but their quality compensates for this lack of pedigree. With our Provenance Proof initiative, we are working with the Ethiopian government and with local mining companies and cooperatives to help them to track the provenance of their gemstones and to enable verifiable storytelling. Africa is the birthplace of the oldest gemstones on earth, and Ethiopia is the cradle of mankind. As such, Ethiopian emeralds are not only beautiful; they also represent the early history of both Earth and humanity. 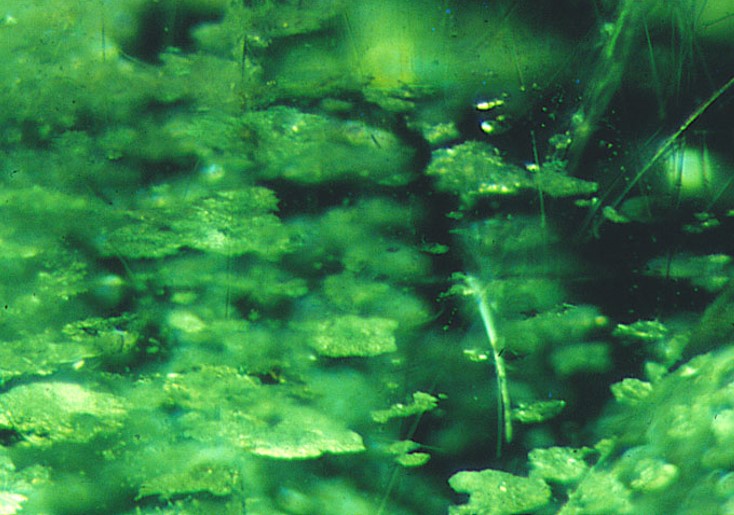 What are some lesser known facts about emeralds? Again, from the point of view of geology, gemstone formation is a true anomaly, a freak of nature, if you will. It requires the coincidence of a range of rare and highly specific conditions – such as the presence of different rare chemical elements, the correct pressure, temperature and time. Even more crucially, it requires that two very rare chemical elements, which naturally tend to get separated from each other by geological processes – chromium and beryllium – are brought together. Chromium has an affinity to minerals and rocks that are fundamentally different from the ones where beryllium is found. Hence, the spatial and timely coincidence of these two elements, under the exact right conditions of time and pressure, is an extremely rare, almost impossible event, akin to a miracle. The availability of space for these delicate crystals to grow and the relative absence of tectonic stress so that the growing crystals can develop reasonable sizes are further conditions making formation as unlikely as a mass gathering of polar bears and Galapagos penguins. But the earth is a dynamic place, and over the course of billions of years, there were a few places in the earth’s crust and upper mantle where these conditions did occur and emeralds did form. The next challenge is the uplift of these fragile beauties to the earth’s surface, and then the chance that a human eye spots the rough crystal before it gets washed and ground away by weather and erosion. Being aware of the necessity of all these fortuitous circumstances makes us appreciate these gemstones even more. 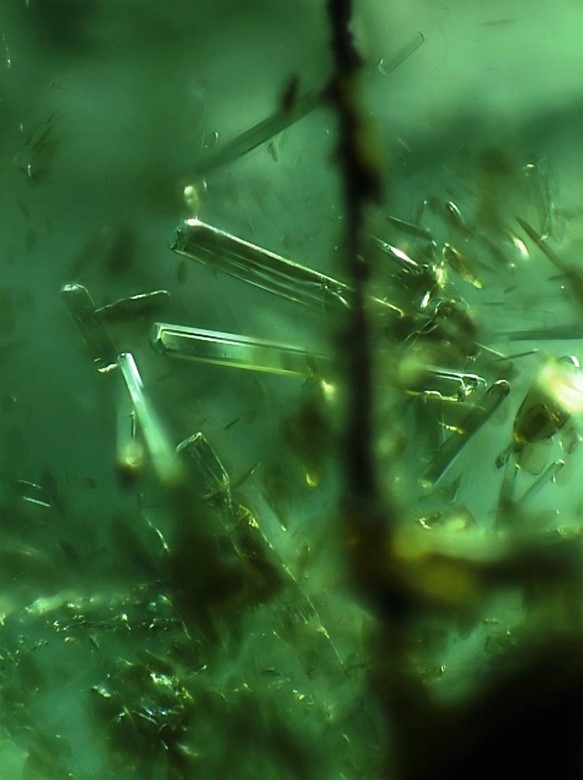 What is proof of provenance and why is it important? Today’s consumer rightfully expects to know the full background of their luxury purchase. This encompasses all facets, such as geology, geographic origin and the social, cultural and environmental situation right along the supply chain. Coloured gemstones have a fascinating story to tell, but the complex, long and fragmented nature of their supply chain can make it difficult to bring the true, verifiable story to the end consumer. Today’s technologies allow us to track and trace gemstones from unearthing them at the mine to the retail desk of the jeweller. They provide a reliable, tamper-proof diary of each gemstone, enabling fascinating storytelling and giving the consumer trustworthy context and background, as well as peace of mind in terms of their purchase. 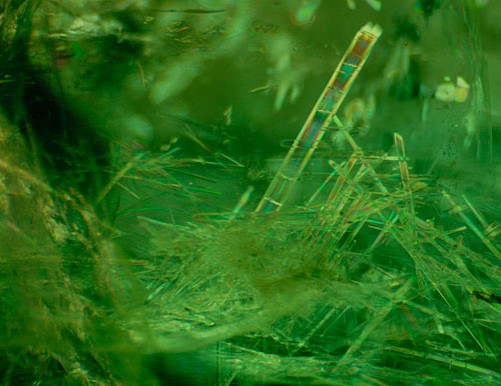 What should I look for when buying an emerald for myself?  (Not really our expertise, and depends on the purpose, i.e if it is for pleasure or for investment). If you are buying as an investment, you want to go for top quality (no treatment, or insignificant clarity enhancement), and for a fresh gem lab report of high credibility. You will have to verify the validity of the lab report on the lab’s website, and carefully compare the picture on the report with the gemstone in your hand. If it looks different, contact the lab, and ask for a confirmation if the gemstone might have been treated after testing. Most labs do that for free. You might also want to get an origin report from a credible lab, and, ideally, some kind of information about the source, i.e. how was the mining done, and do they consider certain ethical, social and environmental standards. If you are buying just for your personal pleasure, the criteria might be slightly different. Some of the above might apply as well, but you basically pick the gemstone that “talks to you”, i.e. the one that you like most; ask yourself which specific features (inclusions etc.) make the gemstone special and give it individuality. When you view inclusions as witnesses of a coloured gemstone’s growth millions of years ago in the depths of the earth, each one giving your gemstone individuality, you will really appreciate them, especially emeralds. This is the big difference between diamonds and coloured gemstones. Diamonds appeal with their perfection, but do you really fall in love with a top model ? 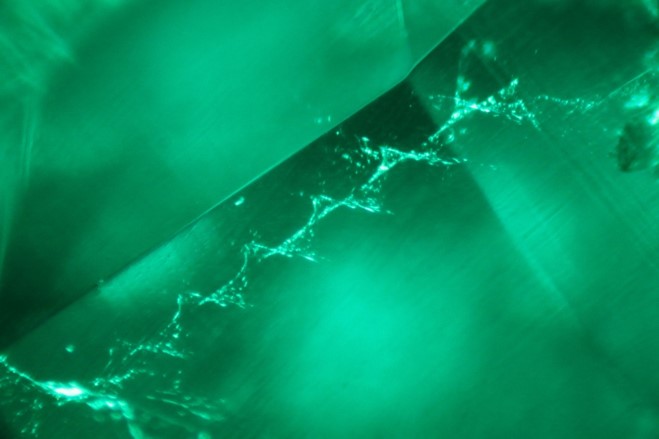 DANIEL NYFELER - MANAGING DIRECTOR, GÜBELIN GEM LAB A geologist by background, Daniel did his masters thesis in the Limpopo belt in Southern Africa. As part of his PhD in mineralogical crystallography at the University of Berne, he worked on a joint research project on superconductors at the IBM Research Lab in Rüschlikon, Zürich, together with Georg J. Bednorz (who won the 1987 Nobel Prize for Physics). Daniel then joined an international management consultancy, where he worked for several years as a strategy consultant. Daniel took over the position of Managing Director of the Gübelin Gem Lab in 2003, overseeing the expansion of the lab to Hong Kong and New York. He is also in charge of the Provenance Proof initiative, which is developing a range of technologies to encourage transparency in the gemstone industry.

To celebrate 520 I Love you Day in China, we have teamed up with social influencers Joe Bravo @unclejoe.c and AHA @ahalolomay to find out how they would style colourful jewellery pieces featuring Gemfields Mozambican rubies and Zambian emeralds.