22 co-operative farmers in the Royal Chiefdoms of Nkana and Lumpuma have received subsidised treadle (foot-powered) pump loans with the help of Kagem Mining Limited.

Kagem mine has partnered with the international anti-poverty organisation KickStart and the Ministry of Agriculture to assist the small-scale farmers – more than half of whom are women – with irrigation. The farming co-operatives grow various types of vegetables, and Kagem mine has committed to buy the produce for use in its canteens. Kagem’s Sustainability department develops and implements its community development strategy directly in line with Gemfields sustainability strategy, to support health, education and agricultural projects in the two chiefdoms. Agriculture is one of the major economic drivers that can bring about meaningful, sustainable development to local communities. As such, Kagem has previously helped set up farming cooperatives in the area. Currently farmers can only produce rain-fed vegetables during the five rainy months a year when irrigation is easy. The treadle pumps will now enable the farmers to irrigate their land outside the normal rainy season months ensuring a more consistent year-round water supply. KickStart is the innovator of user-friendly treadle pumps that are cost-effective for the farmers to buy on loan and pay back over time. The pumps are also environmentally friendly as they do not require any fuel or oil to operate, and can be used for more than ten years. Technical back-up and crop management expertise is provided to the farmers at no extra cost and, in addition to subsidising the cost of the pump, Kagem has co-guaranteed the interest-free loans for the pumps from one of its existing suppliers – authorised dealer and distributor Saro Agriculture Engineering. Kagem’s Sustainability department has also put in place a mechanism to ensure loan repayment is maximised by asking the farmers to self-select themselves into groups based on their ability to pay back the loans on time. In case a member fails to pay, other group members will take care of the amount due and will recover it later from their group-mate. Kagem General Manager Dibya Baral says; “We are committed to making the treadle pump project a success, thus improving the food security and standard of living for many local farmers and families. We intend to extend the project to more than 100 farmers as well as to various other co-operatives within the mine’s catchment area and are urging the farmers to work extra hard to pay back the loans within the specified period. We are also working with the farmers to improve the quality and diversity of farm produce, therefore creating a broader local marketplace.” 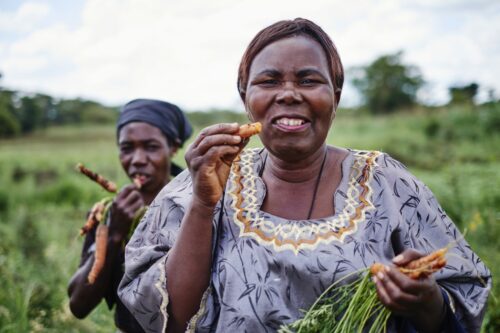 With their warm red hue and fiery spirit, rubies are a fitting birthstone for the month of July, which heralds high summer for much of the world.

Kagem continues support in the fight against Covid-19

As part of ongoing provisions to mitigate the contagion of Covid-19, Gemfields continues to ensure the health and safety of both its employees and of the citizens in communities surrounding its mines.

As we enter the birthstone month for emeralds, we turn to our May-born, creative collaborator John-Paul Francis de Lara Pietrus, to celebrate our shared love of emeralds, in an Instagram takeover.

Kagem has fulfilled its pledge to acquire the Covid-19 vaccine and ensure its staff are vaccinated during the nationwide vaccination programme roll out.

We are excited to announce the launch of the Sandy Leong x Gemfields Sol Collection on World Water Day.

An exquisite collection of rings and necklaces has been created by family-run fine jewellery company Zoe & Morgan.

Coinciding with Diwali, this November sees the launch of our contemporary jewellery collaboration with Empriyal, showcasing the beauty and versatility of Zambian emeralds.

Inspired by the Green Country: Q&A with Nilufer Kizilkaya, founder of GFG Jewellery by Nilufer

A stunning array of emerald jewellery from GFG by Nilufer has been given the name Zelena, a girls’ name, which, in many countries, means green, and in others, represents the moon, sky and heaven.

Following on from the launch of our inaugural video on responsible sourcing – on World Earth Day, 22nd April  – we are excited to introduce the second instalment in Gemfields’ new film series about responsibly sourced coloured gemstones.

This month at Gemfields we are paying tribute to emeralds, the birthstone of May.

Kagem Mining has donated disinfectants, cleaning products and public health posters worth K100,000.00 to Lufwanyama District Hospital, Lufwanyama, giving residents hope in the fight against COVID-19 in the province.